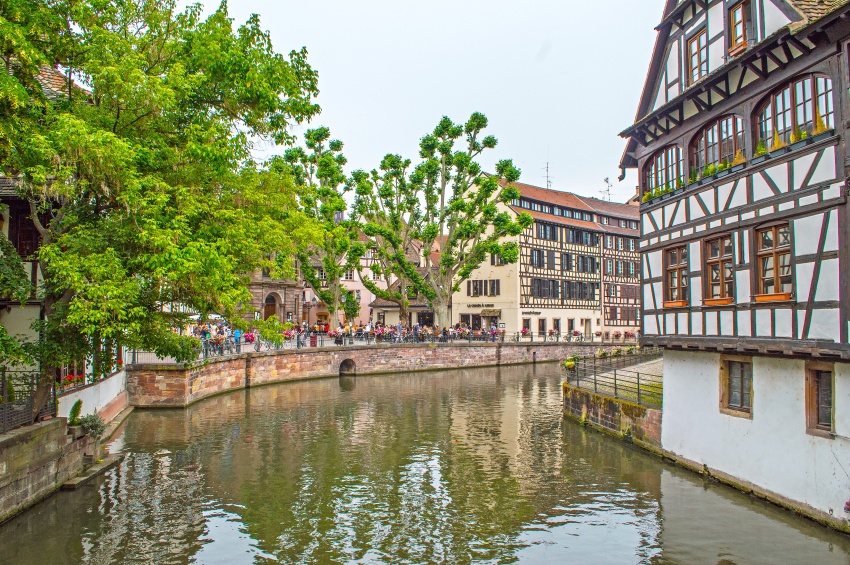 From 37 AUD
Previous Next

Strolling along the canals of Strasbourg

Boarding a glass-covered boat, our tour will take us to the Petite France District. This is a famous quarter beloved by its citizens thanks to its canals, charming colorful half-timbered houses and its narrow alleyways. We will glide past the Tanners Quarter, the Covered Bridges (Ponts Couverts) and the Panoramic Terrace on the Vauban Dam. The cruise continues through the German Quarter. Following the French defeat in 1870, Germany planned to make Strasbourg the capital of the Reichsland or Imperial Territory of Alsace-Lorraine. This district, referred to as the "new town", represented a new form of urban planning, featuring wide roads, monumental administrative and cultural buildings, and luxurious private homes. Landscaping also played a key role in this impressive urban planning scheme. Then, we'll get a chance to admire the link between Strasbourg and Europe through the European Parliament Building, completed in 1999, which was designed to host monthly sessions of the European Parliament. The architecture of the building is based on a combination of circles and ellipses, with the building laid out and organized into several clearly identified areas. Finally, we'll see the Human Rights Building where the European Court of Human Rights is located.